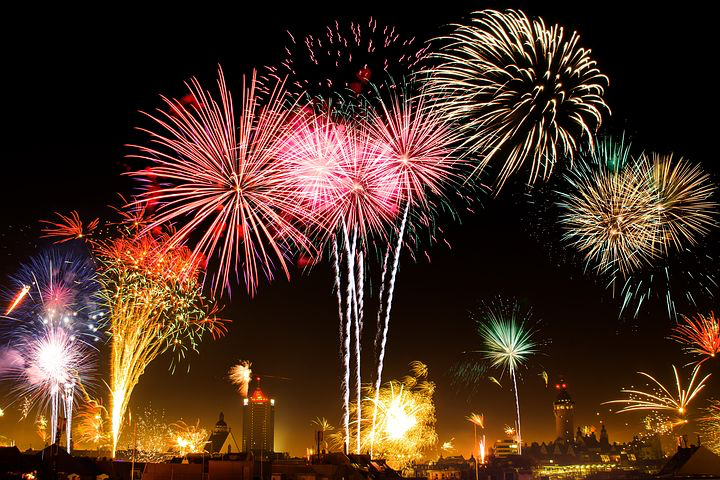 I love the New Year! It has always seemed to me to be a fresh start, a clean slate, a chance to reinvent myself. It will not surprise you then to learn that throughout my adult life I have been a huge advocate of New Year’s resolutions. Get more exercise, write more, have more adventures, be more disciplined are a few of the resolutions that have dominated my last ten year’s worth of lists.

But not this year. I am not making any New Year’s resolutions this year. Don’t worry, I have not become a New Year’s cynic like so many people who proudly proclaim that resolutions made at the turn of the year are impossible or, worse still, even harmful to one’s self esteem. Nonsense! While I admit that I have yet to fully keep a set of resolutions made on New Year’s Day, I would still argue that the focus and pursuit of those commitments was well worth the effort.

The reason I am not making resolution this New Year’s has nothing to do with laziness, or cynicism, or surrender. Instead, I have determined to construct a set of New Year’s HABITS. That’s right, habits, not resolutions. My change in thinking has come this year by twice reading the seminal work of Charles Duhigg, The Power of Habit.

Other than the Bible, this has been the most life altering book I have read in the past twenty years, and that is quite a long list. The Power of Habit has made me realize why so many people have become New Year’s Cynics and have given up on resolutions. It has also enlightened me as to why my own resolve has perpetually failed to succeed. The answer lies in the power of habit, as Duhigg’s research reveals. If it is true that perhaps as much as 60% of our lives are lived by habit, then it seems that the key to making profound changes in our lives means changing our habits.

So, in 2014, I want to establish New Habits. To do this, I made my usual list but this time I have identified what I hope will become a familiar pattern. In each, I identified:

To bolster my chances of success, I have created a Community of Belief, in other words, a group of family and friends to cheer me on and hold me accountable to my newly established habits.

Similarly, I am working on New Habits around writing, exercise, my personal and business aspirations. Each follows this same pattern. I will let you know a year from now how it all turns out!