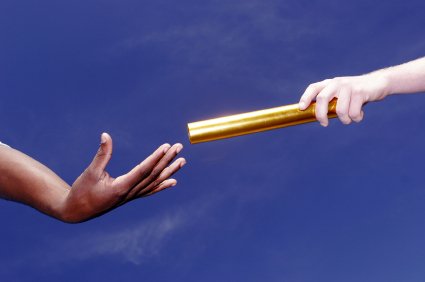 Broadbanding and the Peter Principle

The employee is bored, underutilized and deserves more responsibility. They ask their manager, “Where do I go from here?” The employee wants to grow, they want to move up, and they want your help. There is no right answer, but there is a right approach – help each person find the right fit. Help each person find a role where their unique combination of strengths – skills, knowledge and talents – match the distinct demands of the role. According to Gallup, the manager’s responsibility is to direct employees to where they have the greatest chance of success.

This becomes challenging in the real world because it persuades us that the right answer to the question “Where do I go from here?” is “Up.” Laurence Peter, in his 1969 book The Peter Principle, warned that if we continue to follow this path we will be promoting people to their level of incompetence. We still think that the best way to reward excellence in a role is to promote a person out of it. And we still tie pay, perks and titles to each proverbial rung on the ladder. The signals that we send to employees are “Don’t stay in your current role for too long,” or “It looks bad on the resume. Keep pressing, pushing, and stretching to take that next step. It’s the only way to get ahead. It’s the only way to get respect.”

According to research by Gallup, there is a better way to redirect employees’ driving ambition and to channel it more productively by “creating heroes in every role.” Make every role performed with excellence a respected profession. Although many with the talent to manage others or to lead may still choose the conventional path, other employees will decide to redirect their energies toward growth in their current role. Great managers envision a company where multiple routes toward respect and prestige exist – the best housekeepers earn twice as much as their supervisors and where anyone performing at excellence is recognized publicly. Many companies have adopted this standard such as AT&T, Merrill Lynch, and The Walt Disney Company.

Defining graded levels of achievement in every role is an effective way for organizations to encourage employees to stay focused on developing their expertise. By creating graded levels of achievement through defining meaningful criteria/competencies, companies can value excellence in every role and provide employees a pathway to track his or her progress toward world-class performance. Research shows that in most cases, no matter what it is, if you measure it and reward it, people will try to excel at it.

To make this redirection to graded levels of achievement effective, a manager must respond to the issue of money. Although research shows that money is not the sole motivator for employee engagement, the simple truth is that it is much easier for a manager to redirect employees toward alternative career paths if some of those paths involve a raise in pay.

But another twist is added to the mix in that some roles performed excellently are more valuable than roles higher up the ladder performed at an average level. A brilliant teacher is more valuable than a novice principal. A pay plan must be sophisticated enough to reflect this overlap.

A simple and effective pay plan is called Broadbanding. The primary reasons for using Broadbanding are: 1) to create more flexible organizations, (2) to encourage competency development, and (3) to emphasize career development. For each role, you define pay in broad bands, or ranges, with the top end of the lower-level role overlapping the bottom end of the role above. This may seem disorienting that front-line employees earn two or three times more than their managers earn, but Broadbanding makes sense.

First, it provides a way to revere and value world-class individual performance. Second, with overlapping bands of pay, Broadbanding slows the breathless climb up and the employee can ask themselves “Why am I wrangling for this next promotion? Why am I pushing so hard to climb onto the next rung?” It can also ease interpersonal conflict within an organization. Broadbanding can better match the job’s role between the responsibilities and an employee’s strengths – she can make her career choices based at least as much on fit as on finances. Broadbanding gives teeth to the commitment that every role performed at excellence will be valued.

udy how to transform troubled teams into productive, enriching powerhouses.”

It saddens us to hear so many stories of organizations burdened with troubled teams. They can be huge time wasters or even deeply toxic experiences that drive away core talent. A key component of our consulting practices is bringing healing to troubled teams. We understand the hidden sociology of team formation and behavior and have vast experience in restoring troubled teams to health and productivity.

We at TurningWest have seen all these dysfunctions and myriads more. Through countless board development projects we have crafted a process for restoring the power of the nonprofit board so that it can once again contribute its potential power to drive the mission of the organization.

Give us a call and tell us your story of your troubled team(s). We offer a free 30 minute consultation during which you will at least walk away with some new insights on the underlying cause of the dysfunction and an idea or two to move forward with. Or, you can engage us to work alongside you to apply our knowledge to your situation.